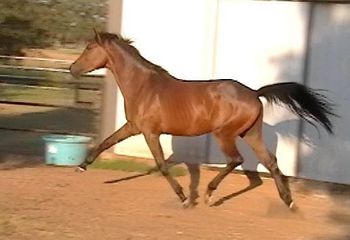 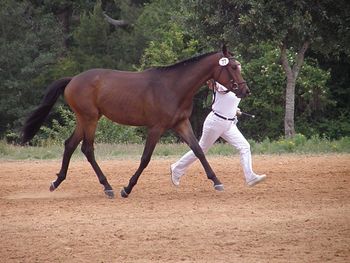 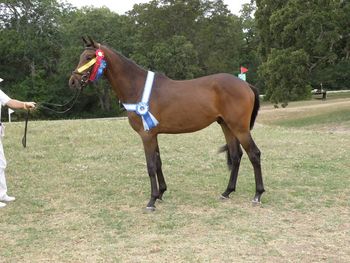 Share photo gallery
Corelli - April 2008 Trakehner Colt, from Wolftrak Farm. Breeders Steve and Judy Ritchie  have produced several approved Trakehners. Cory has shown in-hand at the USDFBC shows and finished last year with a median score of 77%. This would have ranked him as the USDF 6th place yearling colt and the #1 Trakehner yearling colt, but we did not have the requisite 3 shows required by USDF. He has shown once this year with a score of 77.7%, and was Reserve Champion colt and Reserve Champion Young Horse. The judge commented "elegant, balanced type with clear gaits; shows promise". He has an excellent,correct walk, very floaty trot with lots of suspension, and a balanced canter. His pedigree reads like a Who's Who of the Trakehner world.  He has a charming and inquisitive personality, and wants to know what's going on at all times. Buy him now and end up the year with a champion in your barn.
Corelli's pedigree: www.allbreedpedigree.com/corelli10